Re-imagining futures of universities of technology 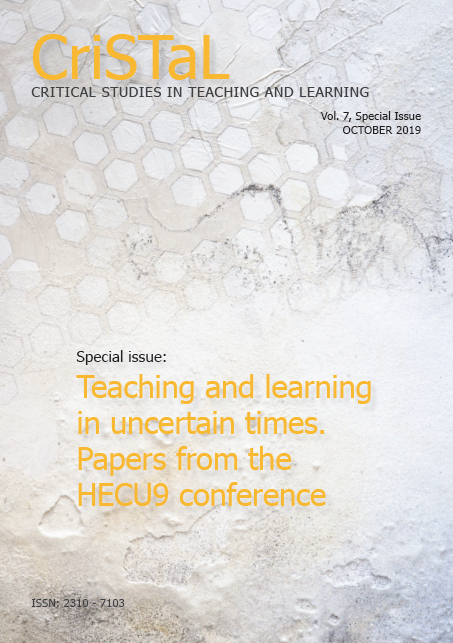 Universities of Technology in South Africa emerged relatively recently from technical college-like institutions, known as Technikons. Technikons had a distinct workplace-oriented identity, while Universities of Technology lack such clarity of identity. This paper thus explores the vexing question of what constitutes the identity of Universities of Technology. In conducting the exploration, the researchers drew on Activity Theory to structure the exchange of ideas and narratives about what a future University of Technology might be. In so doing, the researchers discovered fundamental contradictions between current practices and the desirable vision. The most significant contradictions were, firstly, between the rigid, rule-bound culture and the projected need for greater organisational flexibility, and secondly between the current, highly-boundaried university to one that should embrace intra- and inter-organisational collective action. The researchers conclude that the resolution of these contradictions could chart the way forward for reimagining the identity of a University of Technology.

Associate Professor James Garraway works in the Fundani Centre for Higher Education at CPUT. He is responsible for the overall coordination of the foundation support programmes, and works with other staff in the centre on institutional and regional staff development with a focus on assessor training and curriculum. In addition he heads the university Work Integrated Learning Research Unit and has overall responsibility for research development in the centre. He has published mainly in the field of the relationship between workplace and university learning, and in addition supervises students in this field, and in curriculum studies.

Professor Chris Winberg is the NRF SARCHI chair for work-integrated learning at CPUT. She leads the Professional Education Research unit at the university and is a collaborator on overseas projects with Swedish and British universities.