The governmentality of teaching and learning: acquiescence or resistance? 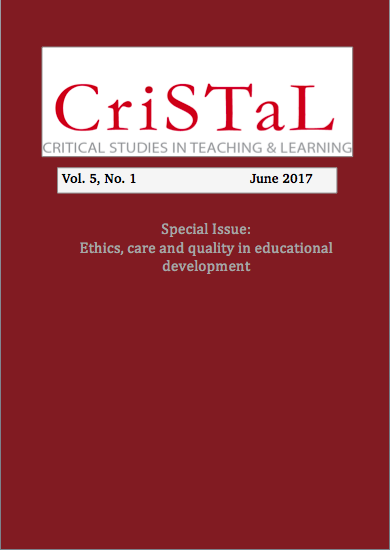 This article critiques the ethics of teaching and learning (T&L) practices in the university. It argues they consummate contemporary regimes of government through the backdoor of the classroom. To this end, the university is first depicted as an organisation opened up by the imperatives of advanced liberalism. The article then examines Henry Girouxâ€™s critical pedagogy, which links the cultivation of critical citizens to a democratic polity. However, Girouxâ€™s proposal for student emancipation through juxtaposing knowledge with power is rejected in favour of a Foucauldian framework of governmentality. It understands the teaching and learning regimes (TLRs) of active learning as a solution to the imperatives of the conduct of conduct incited by advanced liberal government, which traditional T&L practices of passive learning are unable to satisfy. The innocuousness of these changes in student conduct is subsequently interpreted in terms of its ethical import. Following Michel Foucaultâ€™s demarcation of ethics from morality, four elements of ethics are discerned and mapped onto TLRs: the ethical substance, or what to act on (mind); the ethical work, or how to act upon (individualisation); the mode of subjectification, or who must act (autonomous learners); and the ethical conduct, or why we must act (self-entrepreneurial subjects). Finally, the article suggests the academicâ€™s purgatory between their former identity as a teacher and their current role as an instructor can be resolved in the classroom itself through an agonistic ethical relation to the student, which is simultaneously a form of resistance of TLRs.